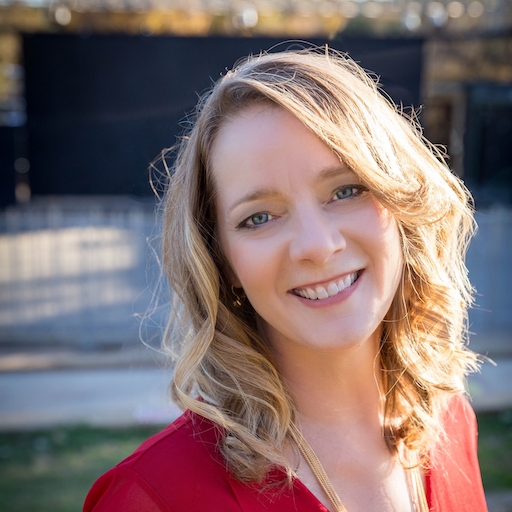 Join us in our interactive EdTC Professional Learning Community

Billy and Annie Dragoo live in Austin, Texas, where they teach and direct together at Austin High School.  They have three children who are all involved in theatre. Josh, 25, is a Chef and loves to direct, Haley, 24, has a BFA in Musical Theatre from Drake University and performs at Memphis' Playhouse on the Square, and Sadie, 15,  is an active member of the Austin High Theatre Department.  The Dragoos are both active members of EdTA and TxETA. Annie serves as TxETA Curriculum Chair, and Billy serves as TxETA Historian. 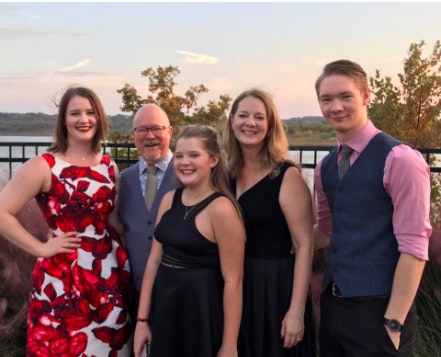 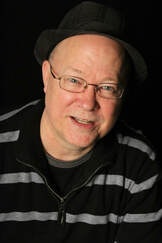 BILLY DRAGOO taught at Granbury High School and Bowie High School in Arlington before coming to Austin High in the fall of 1993. Mr. Dragoo earned a BFA from The University of Texas in 1987 and a Master of Arts from The University of London in 1990. In the summer of 2002, Mr. Dragoo was granted a scholarship to study at the Globe Theatre in London. He has directed more than 125 shows in his career. Among his favorites are Equus, The Secret Rapture, A Flea in Her Ear, Anna in the Tropics, Juno and the Paycock and Someone Who'll Watch Over Me. He and his students at have appeared at the UIL One Act Play State Meet 11 times. Granbury High School appeared there in 1988 (taking third place in AAAA) and in 1989. Austin High School made six consecutive appearances at the UIL 5A One-Act Play State Meet (2007- 2012, the conference record), and three more in 2017, 2018, & 2019. His students won three State Championships in four years  and placed 2nd in 5A. While teaching at Austin High, he has three times been named “Teacher of the Year.” In 2012 he won the "UIL Sponsor Excellence Award". In 2013, he was named "Inspirational Theatre Educator of the Year" by the Educational Theatre Association, and in 2014, he was named "Texas Education Theatre Associations' K-12 Theatre Educator of the Year". 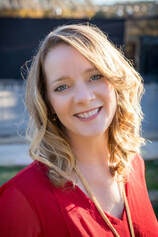 ANNIE DRAGOO began teaching and directing in 1993. She holds a BA in English and Speech Communication with a concentration in Theatre Studies from Houston Baptist University. In the summer of 2008, she was granted a scholarship to study in residency at the Globe Theatre in London and has trained for several years with the Broadway Teaching Lab in New York. Her career has included directing elementary, middle, and high school students across Texas. Annie began the musical theatre program at Austin High in 2004, and in that time has directed over 25 musical productions there.  She wrote the Musical Theatre Curriculum for the state of Texas and is currently writing a musical theatre textbook. She has performed in several professional productions in Dallas, Houston, & Austin. Dragoo co-directed six UIL One Act Play productions that have qualified for the State Contest, winning the State Championship in 2012 and one that was named alternate to State in 2015. The last two years, her students received 2nd place. Among her favorites productions to direct are Gypsy, Spring Awakening, Round and Round the Garden, Into the Woods, Urinetown, and Radio Eyes. She was nominated for the UIL Sponsor Excellence Award in 2014, and won the Alma Slawinski Leadership Award from the Texas Thespians. In 2018, she was named Austin High Campus Teacher of the Year and The Texas K-12 Theatre Educator of the year by Texas Educational Theatre Association. She currently serves at TETA Curriculum Chair.

Why You Should Join Us

As a member of our Professional Learning Community you can

﻿Thank you for being part of our community. Your membership allows us to teach, help, assist, & discuss.  It is that simple. We love sharing ideas and learning from others. You make that happen.

Keep Up With EdTC Community On The Go

EdTC Community is powered by Mighty Networks
Phone numbers from outside the United States may need to use a prefix (e.g. +44 XX XXXX XXXX). Available on iOS and Android. This site is protected by reCAPTCHA and the Google Privacy Policy and Terms of Service apply.
Choose a Plan
Choose Plan